Customized versions of Entelechy’s leadership development programs have changed the lives of hundreds of thousands of leaders throughout the years. And in all my experiences in working directly with leaders, one of the most irksome and frustrating is responding to the leader who doesn’t think motivating employees is his/her job.

In this article, I’d like to examine the arguments and offer my thoughts. Spoiler alert: it IS your job!

Motivation is Intrinsic and Has to Come from the Employee, NOT the Leader

While I would agree with most people — including the manager that says “it’s not my job” — that intrinsic motivation is most effective for true long-term behavior change, I feel that simply throwing up one’s hands and shirking any responsibility for motivating employees on this premise is simply wrong for many reasons:

As Frederick Herzberg, motivation researcher, explains, “true motivation comes from achievement, personal development, job satisfaction, and recognition.” As leaders, we can set up the environment that drives the first three and we can directly provide the last one.

If I Recognize Them, They’ll Just Want/Expect More

I’m from Minnesota where we’re known for being stoic, unemotional, and seemingly dispassionate (we’re Swedes, Norwegians, and Germans after all). We have a story about Ole and Lena. Ole and Lena are out rocking on the porch when out of the blue Lena whacks Ole in the shin with her cane. Ole grabs his shin in surprise and exclaims, “What the heck, Lena. Whacha go and do dat for?” Lena stops rocking, glares at Ole, and scowls, “We been married now 65 years and you ain’t told me once that you loved me.” Ole thinks hard before responding plaintively, “But Lena, I told you that I loved you when we got hitched and I ain’t changed my mind yet.”

Now, I know what you’re thinking: “Do I have to turn into a Pollyanna showering positivity, puppies, rainbows, and unicorns?” The answer is obviously, “no.” If, having rarely provided recognition or motivational gestures, you now start praising people, they’ll think something’s wrong with you. At the very least, they’ll suspect some ulterior motive.

Here’s a thought: double whatever recognition you're now providing. If you provide an employee positive praise once a month, try doing it TWICE a month. If you provide praise once a week, try catching someone doing something right TWICE a week. The fact of the matter is that in my 30+ years of working with leaders and employees, I have NEVER had an employee complain that their manager provides them with too much recognition and positive reinforcement.

What, Do You Want Me to Recognize Them for Just Showing Up?

No, please don’t reward people for expected behavior. (There are exceptions when you’re moving someone from unacceptable performance or behavior to acceptable. See our article on Difficult Conversations, This is Why You Get Paid the Big Bucks, for more information.)

However, I sense something else at play here. If you can’t find something exceptional — something beyond expected — in an employee, then I don’t think you’re trying hard enough. And if you can’t find anything noteworthy about ANY of your employees, then I suggest that the problem isn’t them … it’s you.

Being able to recognize someone for something requires first that the person have the opportunity to rise to the occasion. That’s where you come in! Are you providing opportunities for your people to take on more, do more, do it faster or safer, or otherwise contribute in meaningful ways? Are you delegating to develop? Are you providing challenges? Are you giving your people the freedom to screw up and learn? Do you trust them to recover?

If you’re finding that no one on your team is worth recognizing, you may not be giving them opportunities to prove themselves.

Give Points for Trying

John Steinbeck, great American author wrote, “Now that you don’t have to be perfect, you can be good.” What we as leaders should be looking for is progress, not perfection. If we only reward perfection (or best), we miss opportunities to recognize growth, effort, and potential:

If you can’t find something worthy of recognizing in every one of your employees, I politely suggest that you’re simply not trying. Most leaders focus ONLY on results: most sales, lowest average handle time, fewest errors, etc. While results are important (keep recognizing them), sometimes people achieve results by accident, by luck, by being there the longest, or some reason other than something THEY did.

In our Motivating Employees module and eLearning, we suggest that leaders broaden their thinking to include more than results (tangible contributions) when recognizing employees:

Let me be clear: I am NOT about recognizing someone just because it’s their turn. Nor am I about inventing trivial reasons to recognize folks. (For this reason, I’m not big into employee birthdays because, to me, all the employee did was survive another trip around the sun. Not impressive. And certainly something that happened without much effort on the part of the employee.) But I WILL search hard for something that the employee did over the past year that demonstrates initiative, effort, persistence, collaboration, team building, and any one of a billion job-related behaviors and will tell that person.

If I Recognize One Person, I’ll Have to Recognize Everyone

So, YOU’RE the manager! We’ve all encountered the manager who calls a group meeting to admonish all employees publicly when everyone knows Isaac is the one who’s been coming in late. Don’t be that manager! Motivation — like discipline — is an individual thing.

Yes, you should be EQUITABLE — finding ways to motivate all the team members — but that doesn’t mean you need to be EQUAL. In fact, praising everyone when a single person should be recognized, or making up nice things to say about others when you’re truly recognizing one person not only dilutes the power of the recognition to the one who truly deserves it, your recognition of the others can come across as patronizing, a bit embarrassing, and is most certainly obvious to everyone.

A corollary to this excuse is “If I recognized only the ones worthy of recognition, then I keep recognizing the same people for the same things.”

Again, I think the problem stems from lack of trying. If you’re only recognizing one or two people over and over again because they’re the ones achieving the goals you set, then add more and different goals. As we illustrated in the graphic, you can recognize people for growth (most improved) or effort (most number of hours). Or if your recognition is bestowed only on the top person, change the recognition to include anyone above a certain threshold.

Of course, people prefer different types of praise and recognition, just as people differ in their communication preferences, the type of work they do, how they do it, with whom they do it, the level of autonomy, etc. People are different!

If Anshul prefers not to be called out in a staff meeting, praise her privately or maybe in an email if Anshul would appreciate that more. Try a handwritten note. 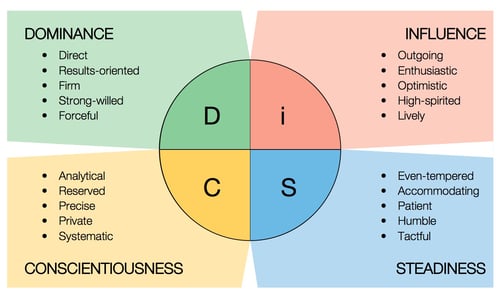 We use Everything DiSC Management as part of our Unleash Your Leadership Potential leadership development program to help leaders understand the four personality/social styles and how each style differs in their communication, work, and motivation preferences. Insight into another’s style enables you to tailor your approach to that particular person.

At one of the companies we worked with, safety is a big deal. Each quarter, they would recognize a few employees for their safety records and safety efforts by sending their SPOUSE at home a thank you card (and, if I recall correctly, a gift certificate) recognizing that the family and the company are better off thanks to the safety efforts of the employee.

If you are looking for creative ideas for rewarding employees, check out Bob Nelson’s 1501 Ways to Reward Employees.

Don’t let excuses or a lack of imagination keep you from recognizing and motivating your employees. You won't regret it.

This article is the first in a two-part series. Be sure to reach the second article, Included Employees are Motivated Employees, for tips on how to best create a culture of inclusivity to inspire above-and-beyond performance. The end result will be a highly motivated — and engaged — workforce.